The made-for-TV series from ‘Fishing TV’ sees presenter Rae Borras travel around England, Ireland and beyond to pit his wits against some of the canniest fly fishing adversaries around, and meet characters who make their living from the sport.
His adventures take him from Yorkshire to Ireland, Iceland to France, Scotland to the iconic River Test in Hampshire, as he fishes for salmon, trout and Arctic char and enjoys plenty of laughs along the way.
The eight programmes will be broadcast in a series of ‘double headers’ on Friday nights from 10pm on Discovery SHED – the full broadcast schedule and episode breakdown is below.
The entire series, including several additional episodes, is available to ‘Fishing TV Premium’ members online, on mobile and on tablet, and will soon be available under the free to download ‘Fishing TV’ app on Samsung Smart TV and blu-ray. ‘Fishing TV Premium’ membership costs from just £3.99 a month – find out more at www.fishingtv.com . 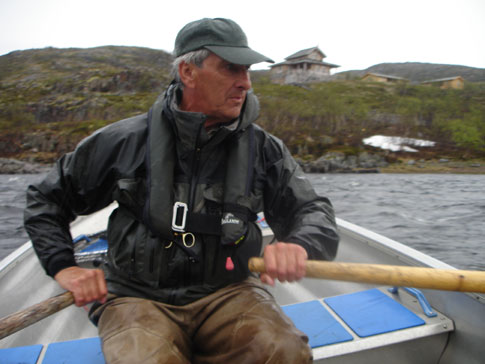 FISHING TV – HOW IT WORKS
http://www.onlinefishing.tv/information/how-it-works

AMWELL MAGNA
Rae Borras joins the oldest fly fishing club in England to find out what anglers can achieve if they work together.

MALDIVES HIDEAWAY
In this episode Rae Borras takes up a once-in-a-lifetime offer to visit an exclusive island hideaway in The Maldives in the Indian Ocean to explore its game fishing potential – after all, who wouldn’t?

THE COUNTY KERRY EXPERIENCE
Rae Borras falls in love with County Kerry in Southern Ireland, with its characters, and with its fly fishing.

ICELAND ARCTIC CHAR AND SALMON
Rae Borras is determined to catch an Icelandic salmon… but first a sport of Arctic char fishing.