An American angler is taking legal action against the IGFA after it ruled that he would be unable to claim a million dollar reward for catching what he believed to be a world record bass.

Rodney Ply landed the 68lb striped bass from Bull Shoals Lake in his home state of Arkansas and believed it entitled him to claim the massive cash prize offered by hook manufacturer Mustad.

However, after many months of deliberating the IGFA, the governing body for world fish records, ruled that the Bass Tricker lure Ply used was not of a legal design and rejected the world record claim. 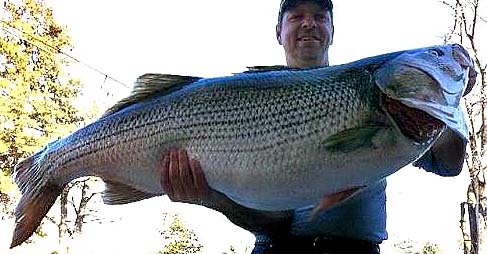