A new British record bream has been caught at a weight of 22lb 12oz.

Anglers Mail secured the exclusive pictures of the fish, which was landed by specimen angler Scot Crook from Cambridgeshire’s Ferry Lagoon, a super-tough water that has been well known for a number of years for its record breaking potential.

Mark did not claim his catch as a record because he was fishing for carp.

However, Scot is intending to claim the fish as a new record. Scot’s record breaker was also backed up by another specimen bream of 18lb 8oz, a feat that is believed to have produced the biggest brace of bream ever seen in the UK – two fish for 43lb 8oz! 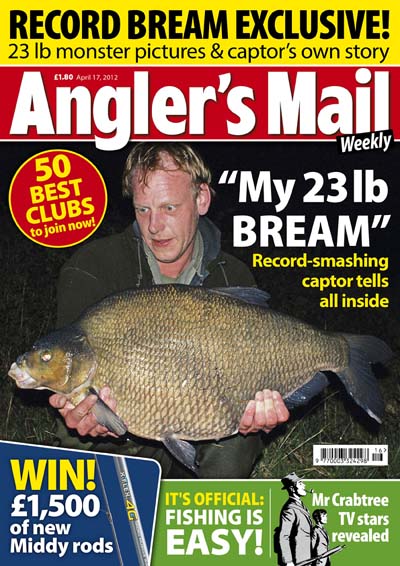