Total-Fishing.com’s Gareth Purnell has banked over fifty 2lb-plus perch but had never broken the magical 3lb barrier until slipping the net under this cracking 3lb 7oz specimen on the River Nene near Peterborough on the last day of the season.

Gareth, who is moving on from his ‘Fishing TV’ project at the end of this month, went all-out for perch with a chopped worm approach and added three more fish around the pound mark.

The personal best fish, which made the cover of this week’s Angler’s Mail, actually fell to maggot hook bait fished on the pole on a river that was racing through.

Gareth said: “Like most rivers the Nene has been all but unfishable all winter, but the last two days of the season the colour dropped out and despite it being cold, the river was in good trim.

“It was one of those days when quite a bit of jiggery pokery was needed. When I got to the river it was tanking through much faster than I expected and rather than struggle with gear that couldn’t handle the pace, I went back home to get a 3gr flat float to cope with it.

“I fed chopped worm and caster through a bait dropper and didn’t get a bite for two hours. But then, as often happens in winter, there was a feeding spell of about an hour in the middle of the day.”

Added Gareth: “The worm attracted the perch but as sometimes happens when the water is cold, they would not take a worm hook bait and I fined down a bit to 0.12mm line and a single red maggot hook bait on a size 16 hook with grey hydro through the top kit and got all the fish on that.

“It was pretty hairy battle with the big fish, but luckily everything held and I knew as soon as I saw the fish it was a personal best. I’ve longed suspected there are 3lb perch in the Nene – to at last catch one when targeting them is very satisfying.” 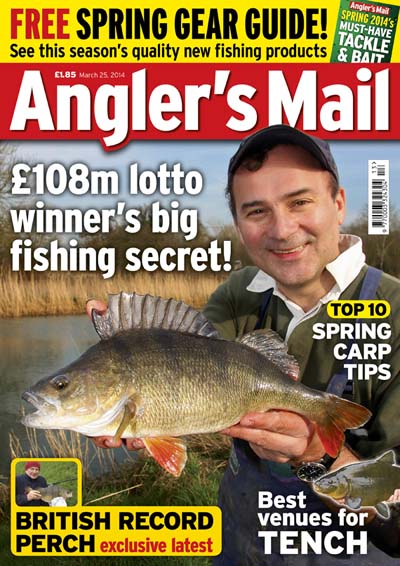