Docklow Pools has hit the headlines, producing a magnificent 67lb catfish to visiting angler Steve Cook, who was fishing worm popped two feet off the bottom.

The venue’s catfish have really been showing in recent weeks with several 30lb-plus fish being banked, but this one has really delighted the Docklow staff.

Docklow stocked all its catfish when they were a few inches long so this is a genuinely grown-on English fish. It was last caught in spring 2007 at 62lb and so it’s still growing. The mighty fish was hooked in daylight, but landed in darkness after what the captor described as a Herculean battle.

What’s especially amused the Docklow staff is that the resident chef had spent all week in the same peg prior to Steve moving in! 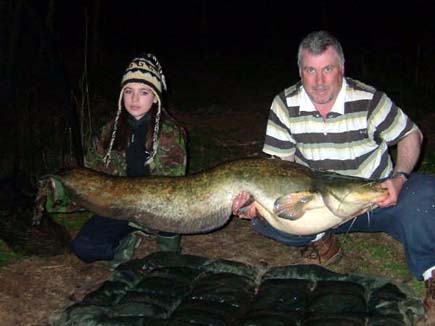