East Midlands commercial fishery ace Jon Whincup has secured a record breaking double by winning the 2016 Parkdean Masters on Jennys Lake at White Acres from unfancied peg 11 of carp caught across to the island on pellets.

Jon stormed to victory with a fabulous 92-14-0 weight, more than double that of the next placed angler. An all star final field included the likes of Des Shipp, Lee Kerry, Andy Power and Steve Ringer. 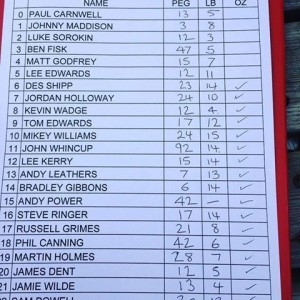