EFTTA must become a much stronger association – with increased political lobbying and marketing activity – if it is to continue to provide substantial support to its members and the whole of the European tackle trade.

That’s the view of Pierangelo Zanetta, who was appointed as the new EFTTA president at the association’s Annual General Assembly in Rome, held during the successful EFTTEX show from June 13-15.

And he indicated that additional resources would have to be found, through fundraising and sponsorship, to help EFTTA become a trade association with real power at a time when angling is coming under increased pressure from governments, environmentalists and animal rights activists.

Mr. Zanetta thanked former president Gregg Holloway for his contribution in moving EFTTA forwards as an organisation and he said: “We say we are not a political organisation – but we have to become one. We have to lobby more to prevent disaster for our trade in the future. I don’t want this organisation to be known simply as a show organiser.

“It is our duty and task to protect our trade. That is why we have appointed a full-time CEO for the first time (Jean-Claude Bel) and we need to accept progressive change, to be open, make the right decisions, and go in the right direction.”

Mr Zanetta said that in order to become a stronger association, EFTTA would need more resources – but that a fighting fund should not come from membership costs or EFTTEX exhibition costs.

“I don’t want to increase member costs and we have to keep EFTTEX competitive,” he said. “But at the same time, you can’t pay for a Fiat 500 and expect to get a Mercedes. Our future path is clear – no money, no services. As an organisation, we have to control costs and generate more resources.”

One route EFTTA may explore is to seek individual company sponsorship for specific lobby projects, like the campaigns for a Pan-European Cormorant Management Plan and to ban bottom trawling.

The AGA heard that EFTTA now has a lobby sub-group which has drawn up an 11-point Lobby Action Plan. It is encouraging EFTTA to support the formation of national tackle trade associations where none exist, and for EFTTA to continue to work closely with sportfishing associations around the world and co-operate with the European Anglers Alliance.

EFTTA also has a marketing sub-group, which outlined plans to make the EFTTA, EFTTEX and EFTTA Line Testing brands and logos more visible – to demonstrate the value that membership brings.

EFTTA should also be seen to be setting standards for equipment and voicing opinion on the key issues affecting recreational fishing in Europe, it said.

The AGA heard that EFTTEX 2008 was one of the most successful shows in the event’s 27-year-history and that plans were well underway to make EFTTEX 2009 in Budapest even bigger and better.

EFTTA Board member Richard Sanderson defended the decision to stage EFTTEX in a different city every year. “This is important, as it reflects members’ wishes for a representative show.

“Going forward, we have to understand that some shows will be less profitable than others, but going to different countries increases the opportunities for exhibitors to find new customers.” 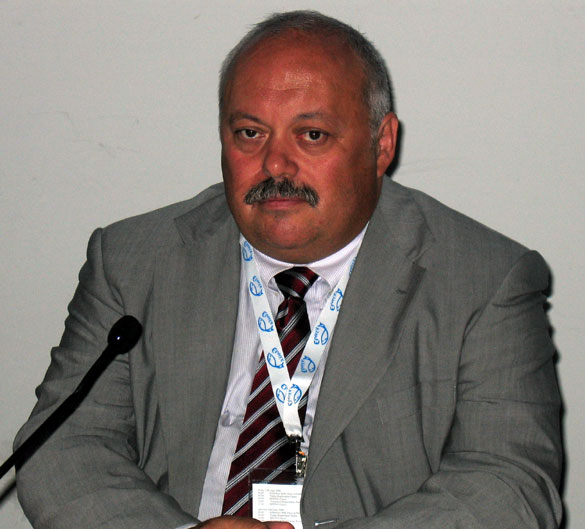