England’s 2013 dominance of the world match fishing scene did not extend to the World Carp Championships, where Korda Carp Team England finished down the pack.

The 15th FIPSed World Carp Angling Championships were held at Lake Montargil, Portugal between 26th – 29th September 2013, with the Korda Carp Team England representing the Angling Trust competing against 19 other countries. The gold was taken by the home nation with Croatia taking silver and  Kazakhstan the bronze medal. England were 10th.

Having fished the venue back in 2006 and being plagued by very small carp, it was hoped that the venue had moved on with a substantial increase in individual fish sizes.  Unfortunately this turned out not to be the case and if anything the numbers of actual fish had decreased to a very low level in Lake Montargil since then.

Korda Carp Team England had practised at the venue in early August as part of their team preparation, in some of the areas that were actually used in the World Championships, these being part of A and B sections.  Unfortunately the team were not fully aware at the time that C section and the other half of B section pegs happened to be on the other side of a 200 metre wide river which cut through the middle of what was to become B section.  Therefore half of B and all of C sections were still underwater on the team’s August visit, so access to these areas were prohibited by extensive shallow reed beds emerging up to 80 metres out into the lake in some areas.

However, despite the 40 degree heat the team managed to catch a decent number of fish and worked on tactics to enable them to try and catch the 1.5k fish, which is the minimum weight eligible to count under the rules.  Another practice match was held in September with some other nations taking part which helped England identify tactics and preparation ahead of the World Championships with the team feeling confident they could do well.

On the morning of the draw of the World Championships England were hoping for pegs in the middle of A section, a low number in B section, but undecided about C section, as together with half the other pegs in B section these were on the other side of the dividing river which had not been fished for  years.   Mark Bartlett/Kevin Hewitt drew A3, Kia Sanger/Jack Stamp drew B17 and Billy Flowers/Jamie Londors drew C11.  These were all three pegs in areas the team had not fished, nor had they been used in the official practice days.  Unfortunately for England some very strong teams got some good draws and the weather had turned for the worse with strong winds, and rain forecast for the duration of the match.

The first 24 hours of the match were slow with only half the pairs in A section managing to get on the score board with at least one fish.  England had drawn a peg which was only 1.4 metres deep even at the 180 metre range.  The average depth of water at 100 metre range throughout the match length should have been 6-8 metres which the carp seemed to have preferred in practice.  This very shallow area was only introduced into A section at the last minute as it had not been used in the official practice.  B section only had 3 pegs catching all in the very low numbers,  and across the river the other half of B section there were no fish of any size being caught, with the same occurring in C section.  With no fish recorded England was in joint last place after 24 hours with five other nations which was totally unexpected.

At the half way point things had only slightly improved to put England into 18th place.  B section had proved better for England’s Kia Sanger and Jack Stamp as they had two fish for 3.844 kg and were one of the few pairs to get off the mark on the other side of the river which placed them in a respectable fifth place in B section.

By the final morning of the 72 hour match, England’s Mark Bartlett and Jake Wildbore had climbed to 14th place overnight in A section with 5 weighing fish for 8.983 kg.  B section had produced 5 weighing fish for 9.203 kg for a very respectable 4th place for Kia Sanger and Jack Stamp, with the exception of the first three pegs in B section, that’s 37 pairs in line from B4 to C 20 that they had out caught.  Unfortunately they did not get a well  deserved individual medal due to the sections being placed, on this occasion not in accordance with the rules by the organisers as  you are not supposed to have a 200 metre gap or river running through the middle of a section.  Billy Flowers and Jamie Londors suffered the penalty points as did most of the other nations in C section, as only 6 countries managed to weigh fish.

England finished the World Championships in a creditable 10th position, but if C section could have produced a couple of weighing fish and avoid the penalties then England would have been virtually on the podium.

Ian Huntington,  Korda Carp Team England Manager stated “Congratulations to the winning teams Portugal, Croatia, and Kazakhstan and commiserations to the 4 times World Champions South Africa who finished last, which emphasises the bad luck point as it affected them more than most.  Luck played a major part in the outcome due to who had weighing fish in front of them.  Finally, looking back there were a number of key elements clearly wrong with this year’s World Championships.  The venue failed in several areas to meet the basis essential criteria laid down by FIPSed rules for waters deemed fit for a World Carp Championship venue.  Let’s hope in future that if venues do not meet the criteria then the host country will have to find a venue that does comply, or not to host the event.”

“I would like to offer many thanks from the management and all the team to everyone at Korda, our main sponsors for all their fantastic support, without whom we could not have trained, nor participated in the last two World Championships.  Also to the Korda Sky team, Dean Macey, Elbow and Monkey and the rest of the crew who came to film the event.  A special thanks to Ali Hamidi whose support of the England Carp team cannot be overstated, the man is a human dynamo and a one man Anfield cop with his fantastic passion and support.  Thanks also to the team at the Angling Trust and in particular Dick Clegg, Sandra Drew and Julie Walkden for all their help and support throughout the year.”

The final results for the World Carp Championships click here 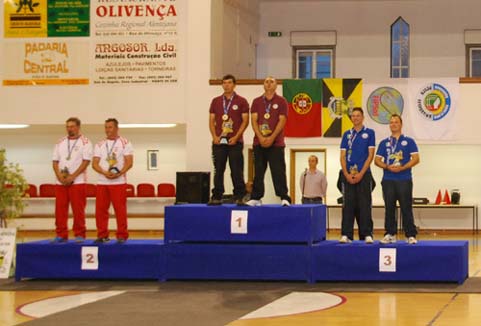