Spawning Grounds
Barbel are odd as British coarse fish go. They lay their eggs in gravel, perhaps even digging a nest like a salmon or trout. They produce quite big eggs, 2-3 mm in diameter, like a trout and twice the size of a carp egg. Each female (big fish are always female) sheds 3,000–30,000 eggs, which are reputedly quite poisonous to humans; Izaak Walton described barbel roe as “dangerous meat”!

Hatchlings
Hatching occurs after around 10 days, the tiny fish that wriggle from the gravel being swept downstream until, hopefully, they find an area of slack water. Like all the normally river-dwelling coarse fish (barbel, chub, dace), the spawning and successful survival of barbel is a dodgy affair – rarely do they have good years in most rivers, one reason why we anglers see baby barbel so infrequently. 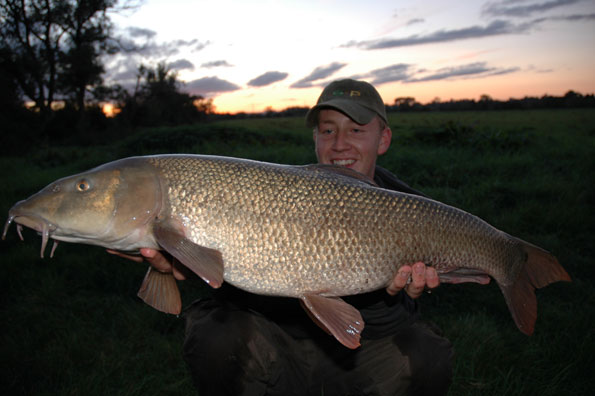 Early Days
Young barbel have special habitat requirements. Really small ones like quiet water in the margins with overhanging vegetation for cover. Sometimes they might venture into open areas of slack, warmer water (like cattle drinking areas) to feed, though this plan could make the little fish dinner for a kingfisher or other fish-eating bird!

Yearlings
From being a year old or so, barbel prefer deeper, gravely areas with fast flows, though they may well move into deep, sluggish water in winter. They feed on pretty well any invertebrate animal they can root out of the bottom but will also take small fish if they can catch them. Lamprey section was a noted barbel bait 100 years ago in the Midlands!

Muscling In
Many authorities reckon barbel do best where there are plenty of anglers putting in lots of bait. Barbel can be really aggressive feeders, muscling in on loose feed – if the mood takes them! A fish farmer friend of mine who grows barbel in ponds says they wreck the banks of his ponds by burrowing right in, searching for food and creating big undercuts.

Growing Pains
Barbel growth rate is quite slow – 10cm after one year and 15–20cm after two years. A 5lb fish could well be 10 years old. Big fish are difficult to age accurately, but they very probably can live for over 30 years and maybe more. They are also pretty tough fish, which is why they can survive repeat captures and become known fish, like ‘The Traveller’ on the Great Ouse, which has held the record.

Family Affair
Most barbel seem to live in ‘family’ groups which don’t tend to wander very far, occupying a ‘home range’ of maybe less than 1km or so along a river. But some fish, usually big ones, roam around much more, perhaps roving up and down 50 km of river!

Migration
Barbel are one of those coarse fish that migrate to spawn in the spring, perhaps moving 20 km to find good spawning gravel. If a low weir happens to be in the way, they hop over it, but bigger weirs can be an impassable barrier for migrating spawners. More modern weir designs have fish passes built into them to allow species like barbel, dace and roach to move through on their way to spawn.

Classic Rivers
A final odd thing about barbel – they are not native to many of the rivers that we now think of as classic barbel waters. The Severn, the Hampshire, Warwickshire and Bristol Avons, the Wye and the Ribble have all been stocked in the last 100 or so years. Only three British river systems – the Thames, Great Ouse and Humber/Trent – are reckoned to have ‘natural’ barbel stocks. All others have originated from these and many stockings seem to have come from the Thames catchment.

Great Book
If barbel really interest you, make sure you take a look at Nick Giles’ fabulous book called The Nature of Barbel – call 01202 824245 for a copy.

Fact File
BARBEL (BARBUS BARBUS)
Weight: The average weight of fish taken from British waters is between 6lb to 8lb and a fish over 13lb is seen as a specimen. But with increased amounts of high protein baits being fed into our rivers, a remarkable number of fish to 16lb-plus have been taken over the past few years
British Record: 21lb 2oz, Grahame King in November 2005 from Adams Mill on the River Great Ouse at Milton Keynes, Bedfordshire
Length: Rarely exceeds 100cm, but some have reached 130cm
Lateral line: Look for a scale count of between 55 and 65
Age: Can live for up to 30 years in captivity, but more likely 10 to 15 years in the wild
Preferred habitat: Clear, gravel-bottomed, weedy, well-oxygenated, fast-flowing waters, especially weirpools. Can also be found in quite a few stillwaters in the UK
Feeding: Has a natural diet of aquatic insect larvae, crustaceans, molluscs and will often even feed on tadpoles and small fish. Most active in mild conditions at night and in low-light where they graze over the gravel looking for concentrations of food that get trapped in small depressions and behind features, such as boulders and thick weed. Will feed for a short period even on the coldest of days. In winter floods will hang around close to eddies waiting for food to get trapped, which they search out in the murk using those four sensitive barbules
Hybridisation: Is not known to cross-breed with other coarse species
Maturity: Males, three to four years; females, five to eight years
Spawning: After migrating upstream to shallow gravel beds in late May, early June and even into July if conditions dictate, the female lays between 8,000 and 12,000 eggs that, once fertilized, turn yellow and stick to the stones before hatching a few weeks later
Colouring: The barbel has a muscular, elongated body and has a round torpedo-shaped cross-section with a flattened belly. It has a green-brown colour along its back and is a dark, golden yellow along its flanks. Gudgeon (gobio gobio) are often mistaken for immature barbel, but the difference is easy to distinguish – the gudgeon has a silver-blue upper body and only two barbules at the back of the mouth

Mouth
There’s no mistaking the long snout and protruding, underslung, rubbery, thick-lipped mouth that has two shorter barbules at the front and two more at the back.

Pectoral Fin
Convex in shape, these are predominately brown in colour with a tinge of orange that becomes more dominant as the fish matures.

Dorsal Fin
The concave fin has a short base and eight branched rays with a high, fully serated front spine that when stood proud looks like a sail. Unlike its lower fins, the dorsal is completely dark with no orange tinge.

Pelvic Fin
Like the pectoral fins these are convex in shape and brown in colour with an orange tinge which is predominant on the ends of the rays.

Tail/Caudal Fin
The deep concave fin is an extension of the thick, muscular shoulder that gives the fish its awesome fighting power. When spread out, the length from tip to tip is longer than the fish’s body depth. It is brown in colour with the slightest tinge of orange.