Hungarian super water Euro Aqua has added to its stellar reputation by producing this new world carp record at a massive 105lb.

The venue first found its way into the general psyche of the big carp scene in the UK in 2012 when Austrian angler Roman Hanke bagged his 101-pounder, which was 113cm long, adding over 2lb to the then world record. A week stay at Euro Aqua costs around 700 Euros, with meals included.

European carp fishing expert Steve Briggs told Angler’s Mail back in September: ‘The Euro Aqua lake has been under the radar as far as most English anglers are concerned but I’ve certainly known about it for the last three or four years. It holds a great deal of very large carp, easily as many as any of the known French waters.” 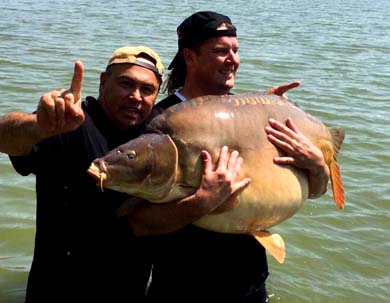