Scientists at Cefas (the Centre for Environment, Fisheries & Aquaculture Science) have confirmed that crayfish plague (Aphanomyces astaci) has recently caused mass mortalities of Turkish crayfish (Astacus leptodactylus) in the River Waveney, between Bungay and Lowestoft in Suffolk. The Environment Agency sent samples to Cefas’ laboratory in Weymouth, Dorset, for analysis and the results were confirmed today.

Cefas’ Dr Paul Stebbing, a crayfish specialist, said: “This particular outbreak is a mixed blessing: an invasive non-native species will now be removed, but a highly contagious disease may spread and infect native crayfish populations in nearby rivers.” 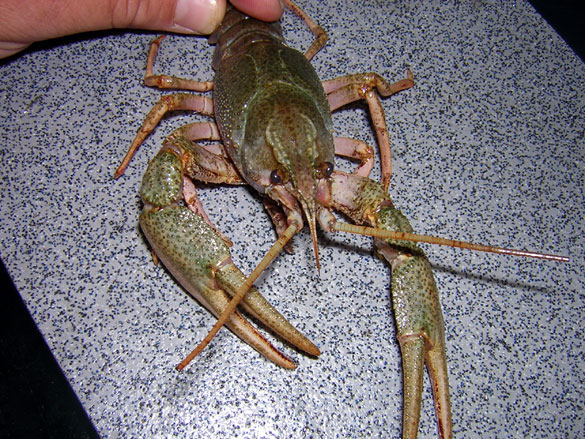 Crayfish plague poses no risk to humans, however it is easily transferred between waters and does affect native crayfish species. Anyone who has been working on, angling in or otherwise in contact with the River Waveney in the affected area during the outbreak should take precautions to ensure that all equipment that has been in contact with water is suitably cleaned and disinfected. For more about this see www.efishbusiness.co.uk/.