The popular Shakespeare Veterans Championship takes place on Wednesday August 26th with a top prize of £500 plus a passage into the big Shakespeare Championship final and a shot at the £6,000 top prize on Saturday August 29th.
Organiser Dave Harrell is looking forward to the competition, which is open for all anglers over 60 to take part in. “It’s been a real pleasure for me to stage this event over the past couple of years,” he said.  “Legendary anglers like Ken Giles, Max Winters, Pete Warren and Don Slaymaker have all taken part but the nice thing is everyone who enters has a chance as has been proved over the past two years with big fish winning on both occasions. It is my aim to make this event an annual 70 peg sell out and all the anglers who have taken part before have received an invitation this year. That means we have about 20 places spare and I would imagine these will be snapped up quickly so I’d urge anglers to book a place quickly!”
Entry to the competition which has a 10am draw and fishing from 12pm to 4pm costs just £20. To reserve a place call Diana Raphael on 01386 442458. 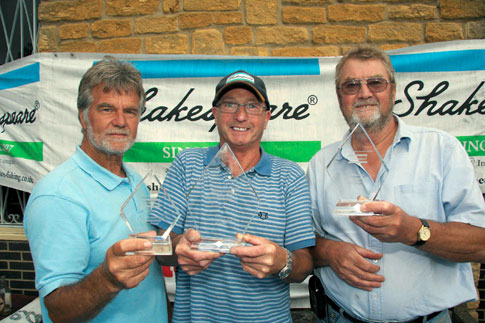