The match was won by Jason Jeenes (Browning Central) off Peg 41 in the bay with 20-15-4 of bream plus a bonus 3lb tench. All on bloodworm and caster. Second place off Peg 40 was Mark Taylor
(Shakespeare) with skimmers and bream to 2lb for 11-14-5. Jon Arthur
(Shakespeare) had a 1lb-plus tench, six hand-sized skimmers and 4lb of perch for 9-9-0.

Daiwa Trentmen leapfrogged Shakespeare Mach 3 in the overall league with a superb 9 point final round score from a possible 72.
Trentmen’s captain, Darran Bickerton, was also the top individual over the six rounds with just 28 penalty points. 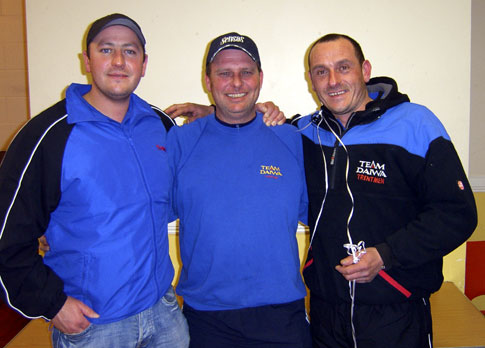