Second place fell to Litchfield angler Lee Ensall (peg 15) with a 34 carp catch of 181 lb 4 oz.  Lee’s two wins and two seconds puts him in a strong position as each angler counts his best 5 results at the end of the series. 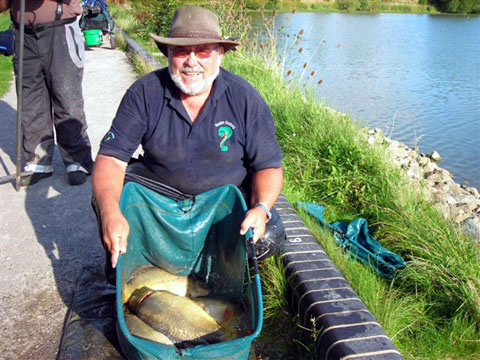