My first impression of this new reel line is very good indeed. The diameter for strength ratio is excellent, outstanding in fact. It’s limp, smooth, and Steve Ringer who has been testing it tell me he is highly impressed with its durability too.

The manufacture of Duraflex mono incorporates something call NX Nano Resin. According to the manufacturers, the process results in an increased strength-to-diameter ratio, something that they say could prove to be a major development in the production of future monos, bringing them closer to braids.

As I have not used it yet at the time of writing, I’ll leave it to Richard Griffiths of Shimano (which now distributes Sufix lines) to extol its obvious virtues.

“Duraflex is a line that is aimed at the coarse and carp markets and could even be used as a hooklength,” says Richard.

“The diameters are extremely low for the breaking strains (though the stated breaking strain is un-knotted). The crystal clear finish makes it an extremely good, undetectable carp line. Anglers can drop down one or even two diameters to add much more distance to their casts and still retain confidence in the strength. Duraflex also knots very well, retaining a lot of its strength.

“Sufix are generally known for the abrasive qualities of their lines, such as Synergy and Supreme. The same abrasion resistance chemicals are used in the production of Duraflex, which delivers a line that has not just been developed for distance casting but will give confidence in snaggy or waters with sharp bottoms.”

He adds: “Lower diameter lines will always be more supple and the higher breaking strain equivalent of Sufix Duraflex to other lines means that anglers can use a lower breaking strain which will in-turn offer a more supple line, but the new formula increases the line’s suppleness even further, so that the line will contour to the lake bed perfectly.”

Sufix Duraflex comes in 300m spools and couple more things are worth noting. It’s spooled using something called G2 Precision Winding – which apparently is a special spooling technique that lowers the twist when transferring to a reel, enabling it to perform better for longer.

Finally, the diameter of a line needs to be constant and a change of a micron can leave weak spots. Sufix use a ‘meter check’ so that the diameter is constant giving the optimum strength from the start to the end of the spool. Like I said I have not used it yet, but this looks a really impressive new reel line to me and I will be testing it for sure.
Geepster 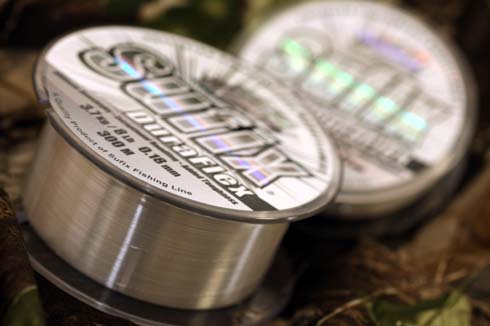 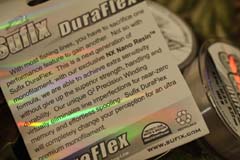 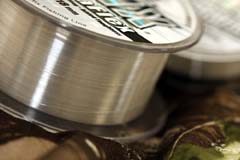