Hellmuth was trolling a diving plug when the 21.32 kg (47 lb) beast hit and attempted to break off in the thick debris laden shoreline.

Bluey, however, was able to pull the fish away from the snags and fight it in open water – finally subduing the fish after 15 minutes.

Once landed, the fish was quickly documented, weighed, and photographed before it was released alive.

Meanwhile Aussie angler Joshua Pearson caught what could become the new All-Tackle Length world record for the highly sought after Papuan black snapper (Lutjanus goldiei). Pearson landed this monster while casting along a shallow bank of the Aramia River, located in the Western Province of Papua New Guinea.  After crushing the diving plug Pearson was casting, the hard-fighting black snapper took off like a freight train to the nearby submerged debris to free itself. Luckily, Pearson was able to stop the fish and eventually subdue it after a 10 minute fight. Once landed, Pearson quickly snapped a few pictures and properly documented the catch before releasing the fish back into the river. Measuring out to 88 cm in length – and weighing only 2.5 kg (5 lb) shy of the All-Tackle record – Pearson’s catch will easily earn him the All-Tackle Length record if approved. 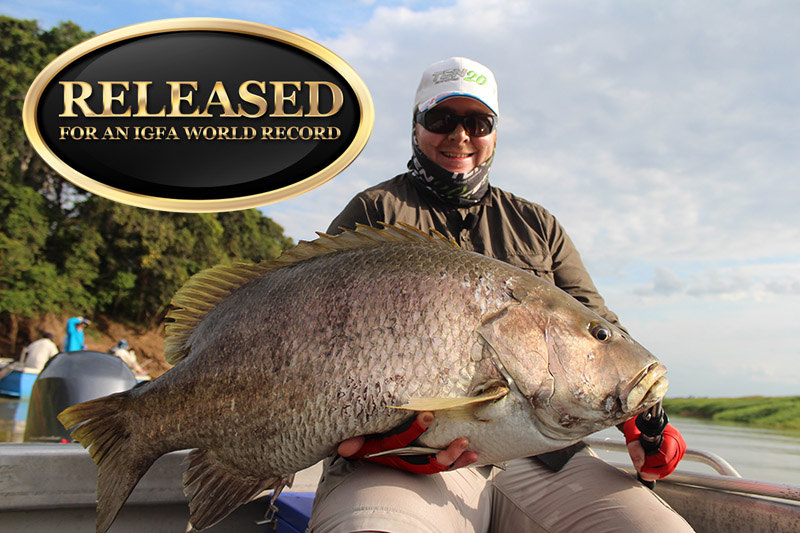