There have been some huge Atlantic halibut landed by anglers in Northern Norway recently but none bigger than this one – a 427lb monster which looks set to be a new World record.

The mighty flatfish was caught from the Barents Sea by German angler Christian Johannsen, who fought it for an incredible FOUR HOURS before the fish tired.

The existing IGFA Atlantic Halibut world record stands at 418lb 13oz, a fish caught by Thomas Nielsen from Vannay Troms in Norway in July 2004, although fish to over 500lb have been caught, notably a 540lb fish in 2011. 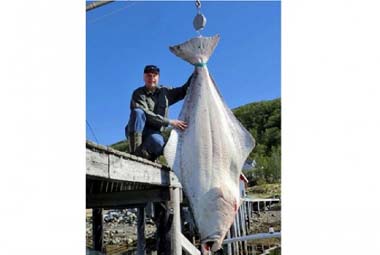