This event saw 22 anglers fish on Colton and Barford Match Lake over two days.  Colton on the first day proved to be a challenge with some anglers struggling.  Lewis Murawski (Lewis’ Anglers World) led the field with 69lb 5 ozs from peg 18.  Lewis caught on corn down the edge whilst feeding pellet and corn.  2nd was pegged next door on peg 20 and was Kevin Ford who caught 54lb 10ozs on cat meat and paste at 6 metres.  Third on the lake and section winner was Dave Reeve with 34lb 1 ozs.

Day 2 saw the Match Lake fished.  The previous day’s section winners were pegged next to each other seeing Dave Reeve on peg 7 and Lewis Murawski on peg 6.  Shaun Lanagan (Stainforth AC) drew down the bottom end on peg 17 and caught at 14 mtrs down the edge with worm and caster and had 112lb 2ozs from peg 17.  This section fished best with the top three coming from pegs 7 – 22.  2nd on lake was Jamie Wilde on peg 22 with 86lb 12ozs with corn and caster.  Third on lake was Warren Martin (Lewis Anglers World who had 84lb 1 ozs from peg 15 and fished corn down the edge. 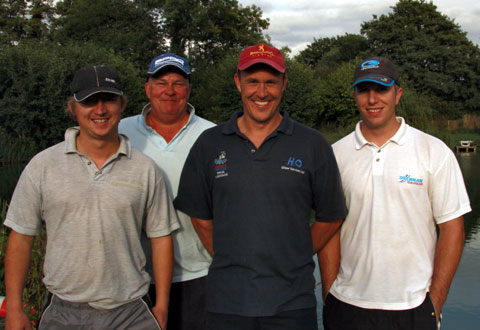