Every good fisherman knows that having the best walleye lures with you on your fishing trip can make all the difference in the world. Lures are designed to replicate the look and movement of the prey that large fish prey on, but it pays to know which ones are going to make the easiest for you to catch those prize-winning fish instead of going home empty-handed.

Having the best lures in the market is only going to do you so much as long as you’re in the right spot to fish and there at the right time of year, or else you would have wasted a lot of money for nothing. This article aims to help you find the right places to fish, how to read the water, and the best lures that you can use so that your efforts will feel like they’ve been worth it. 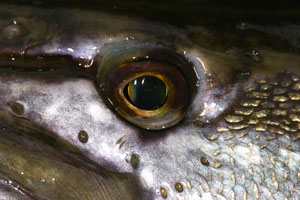 How to catch pike

Pike are known for being predatory fish, with their needle-like teeth and serpentine shapes. In the US they are most common in the northern wilderness, but have extended their range a bit to the south, where there is still predictable ice cover on lakes and rivers.

Over in the States we regard the best time for pike fishing as May, when the weather is just starting to get warmer. Once they’ve done spawning, they prowl shallower waters in order to find prey, like panfish and baitfish. The best places to start looking for pike are the mouths to swampy inlets, as well as the flats that are just offshore, at least three to ten feet deep. Structures that have found themselves to shore, such as beaver dams and downed trees, are always good places to look, as pike use these for good cover.

When it comes to fishing for pike, use 20lb-30lb wire leaders. Pike can bite through monofilament easily, so you need something that can stand the test of their sharp teeth. You should also carry a pair of pliers with you. Pike can bite extremely hard, and won’t let go, even with a fight. You can hold smaller fish across the back of the head, or under the gill plate.

Here are five lures that we regard as excellent for pike in the USA:

Jointed Rapalas: The Rapalas that float mimic something struggling across the surface and are guaranteed to get a pike’s attention.

Buzz baits: These underwater lures (above left) will reflect light so that pike in the depths will notice them.

Rapala MaxRap (above right): The attractive action mimics a wounded fish, which is perfect for predatory pike. 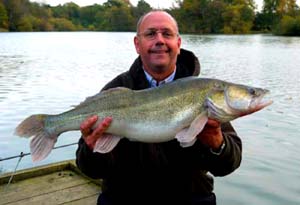 How to catch walleye (zander)

Over in the States walleye are at their easiest to catch in the early spring months, as they like to sit close to shores or areas with sand bars. Weeds and rocky points also serve as good congregation areas, as these are the kinds of areas they like to spawn in. The time of year makes them very aggressive, and they will go after any kind of lure that looks tempting. However, it’s possible to fish for walleyes throughout the year, and you may even find the biggest catches during winter, if you’re interested in ice fishing.

During the day, when the water is much warmer, they tend to go deeper or choose thick weeds in order to stay cool. White lures work best then. The large females tend to go much deeper than other fish, so it pays to try these areas during the day. In the evening and night time, they patrol the shoreline for food, so using small lures can be the best way to catch then.

The best lures to use on walleyes are:

Mann’s Shad:This soft bait has unique movement in the tail that causes the body to wobble, sending out huge vibrations that will attract fish. The wide range of colors also makes it easier for anglers to choose what works best for them.

Relax Aqua: The wide tail causes vibrations in the water that get the fish’s attention. This is also a lure that’s quite resistant to wear and tear.

Cabela’s Aqua Glow: These lures work well in areas with heavy cover, due to their bright colours and reflective glitter.

Orka Shad (above right): A lure produced by the Serbian company that is quite low in price but still of exceptional quality. They come in 13 different sizes.

MORE ON LURES FOR WALLEYE 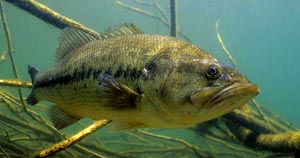 How to catch freshwater bass

The reason the bass is one of the more popular fish in the USA to catch is because of how easy they usually are to catch.  They’re most active in the spring months for spawning, and have voracious appetites. The best places to look for bass in lakes are where there is/are submerged timber, logs, under docks, lily pads, floating hyacinths, green moss, reeds, and areas where there are small rocks. These provide food for smaller baitfish that the bass are attracted to.

When it comes to bass, red baits attract the most fish because it is the easiest colour for the fish to pick out. Once they’ve bitten into your bait, it’s important to keep your hooks sharp after you’ve caught each fish, as they have very bony jaws that can cause a hook to dull quite easily. When casting, it’s best to do so with the wind in your face, as bass tend to swim with the current, and this will bring them towards you. Fishing before a storm front hits will guarantee you better success rates, as the change in pressure makes them more active; waiting until after the storm has passed can leave you with nothing.

It’s best to keep your bait seasonal to the time of the year: early spring months should have you using crawfish and pink-colored baits, while summer months require chrome or silver baits tend to be better. In order to attract the attention of the bass, you should keep tapping at your bait in order to trigger the fish’s natural aggression. They can be quite moody, so keeping your bait active will incite them to bite more.

The best lures for bass are:

Lucky Craft Blade Cross: This twitch bait (below left) has a flashy underbelly that will catch any bass’s eye. It works extremely well over weed beds where fish tend to hide.

Jackall Boil Trigger (below right): This lure was designed with baiting in mind, as its erratic surface action imitates those of a dying fish, which bass are drawn to.

Rapala Ultra Light Crank: This small 1 1/2-inch lure can go as deep as eight feet, where the bigger fish tend to lurk.

Lunkerhunt Bento Bait: Made of tough, clear plastic, and considered to be one of the most realistic imitators on the market.

Chain Gang Crazy Leg Jig: The lure has bead chains attached to its head that run down the skirt, and is designed to emit sound and vibrations when it hits the lake bed. Care should be taken around weeds, as they can get caught in the chains and hinder the appearance of the lure.

As you can see, the right type of lure gets you closer to that big fishing prize you were hunting. However, knowledge is as important as the gear you’re using.